Just took delivery of my new unit. Snow/Weather around here means I won’t fly for a few months.

Any suggestions on what I should do to maintain/store battery right out of the box??

Congrates!
There are different schools of thought.
Some say charge to go around 80%
I have kept my EUC wheels fully charge over the winter with out issue. same with my other batteries for my tools and Ebikes and Car(but that gets used alot). Some say it stresses the battery, I dont believe that IMHO. Lithium batteries will self discharge so after topping them up and check them once a month.
I did let one of my LiPo packs site too long – those went too low and I cant recover the cells.
I guess one should follow the Manufacturers recommendation to maintain warranty😁.
Good luck.

“” I did let one of my LiPo packs site too long – those went too low and I cant recover the cells.""

I am on a electric car forum. The batteries are, of course, Lithium.

One member let his car sit for 6 months and when he started to drive it again, he noticed that he had lost quite a bit of range after charging up.

He found that Lithium batteries can develop a sort of “memory” or the chemistry can begin to perform less than expected.

He found that he had to run the car till it was almost with no power left and then recharge it.
The battery recovers slowly and needs repeated cycles like this to begin to get that lost range back and expect to get most of that power back.

Long term storage for the cars is done at about half charge. The manufacturers don’t want full charge in batteries that sit and they don’t want the batteries run down to almost nothing and left to sit.

I know if a Lith Battery is left on a trickle charge for a extended period of time, it can also develop that “memory” and supply less power but the amount lost is smaller than just letting the battery sit for a very long time and then trying to revive them. In my case, that little amount of charge lost to “memory” has never returned as available charge. IE: where I was able to get 83 miles/charge, after the long storage time, it came back with 79 miles/charge. There is definately a limitation there now.
We have to learn how to take care of, or, the limitations of the Lithium batteries all over as they are a new technology.

EDIT: I just reread your comment.
When you say you can’t recover the cells you mean it won’t let you charge them?
The electronics in the battery can stop a charge when the voltage level gets too low.
I believe there is a way to wake it back up but I don’t have that info.
I’ll have to see if I can find that vid that talked about it.
it referenced some Lith batts sent to him and some of them would not charge. He did get them to charge. If I find it I will post it here, maybe it will help you with your batts.
Fly Safe.

EDIT 2: ok this talks about it, hope it may help you. 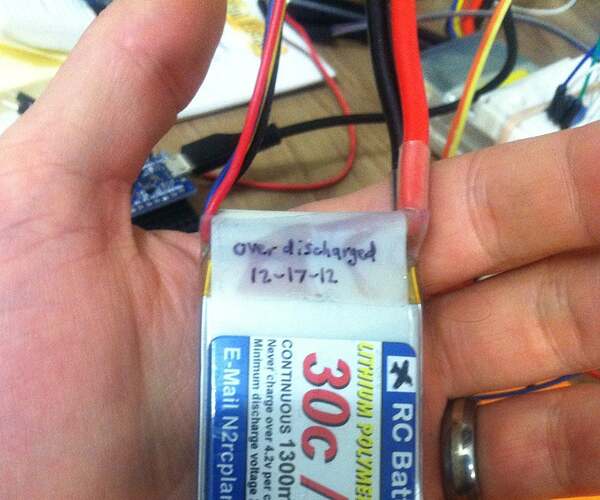 Restoring/Recharging Over-discharged LiPo (Lithium Polymer) Batteries!: LiPo batteries should never be discharged below 3.0V/cell, or it may permanently damage them. Many chargers don't even allow you to charge a LiPo battery below 2.5V/cell. So,...

Keep the charge between 40-60% for best long term storage. That is equivalent to around 82-88v if you are looking at the charger

Does the BMS always stay active on that pack? (aka, is there a phantom load?) One of the biggest dangers in packs is a BMS that doesn’t disconnect and more-than-slowly chews away charge, so you think you’ve stored it at a good level and…it’s not.

For the ebike world I generally recommend to people to use the battery between 30 and 90 percent and if they need to go below 30 to start being a little more gentle with it and try not to use below 10. (Also to charge to 100% occasionally because those packs tend to only top-balance). The automotive world, for the sake of longevity, “hard codes” in buffers top and bottom and also dials back power at the bottom - “turtle mode.”

The 40-60% is a good target, for a battery with no phantom drain, and I would have said “50/60%.” If the battery does have phantom drain - 80% and put a note on your calendar to check it. Fairly often until you’ve established what the rate of drain is. It’s a whole lot easier to live with a tiny bit more capacity loss than killing a pack with low voltage.

Also temperature matters a lot. 50F/10C is thereabouts considered the best for a lithium-ion. It’s probably more of a consideration in the summer months than the winter though.

So if my battery is in the garage where it gets down to 10-20f, would that cause any damage from siting in such conditions. Then warming back up before use?

This is what the cell specs say for the cell we are using but all are pretty similar.