(1st Post from n00b in Portugal) Hey’all: I’ve been soaring these coastal bluffs of SW Algarve since 2006 on the same wing (Advance Epsilon 5), which has been very good to me… But now it’s time for a new wing, and now as i live on a farm that’s farther from coastal flying sites, i’m seriously contemplating a jump into the OpenPPG world -hopefully with a wing that can serve for free flight as well. I have it on good authority that Ozone’s Kona 2 could be such a wing (cheers, Paul

… And any other advice would be most appreciated!

One thing i’d really like to find out now is if there’s a place in Europe (Portugal or Spain ideally) where i could go to get trained in PPG -ideally on a SP 140, but i could settle for the next most similar thing available. NB: As a coastal flyer, i’m pretty good at ground-handling… And, as a former airplane driver (Private Pilot, Single Engine Land & Sea/ Multi-Engine Land, Instrument rated), i guess i’m pretty aviation-savvy in general. For all that: this looks like a whole 'nother ballgame, and i’d really like to get some air time-in-type before i decide on the machine i’ll expect to be flying for the next decade. So where can i go to get such experience, i wonder?

All I can say is that I own the first gen kona, and love it. you’re buying quality, and I’ve heard good things on the kona 2, but haven’t got my hands on it yet. good luck locating what you need!

Good to hear @DailyShorts -thanks! /walt

My 3 sons and I have Ozone Roadster 3s, we use for both free flight and PPG. Mostly PPG. Love it. I have flown aKona 2 and it is great too. I also have an Ozone Spyder 3 which handles a lot like the Roadster, but is easier to inflate in nil wind.

Good to hear, @paraglider62 -and I’d love to hear more about how it is, using the same wing for both ppg and free flight modalities, considering the difference in wing loading. Does that not make for problems e/r/t safety and/or performance?

Another option perhaps… Everyone will be bias to a degree😆, so I will throw my two cents in. I can only talk about what I know and all my students (entry level) use the BGD Magic and a bunch of them will fly both modes PG/PPG with it https://paramotor.flybgd.com/en/paramotor/magic-motor--paramotor-3031-1898-0.html 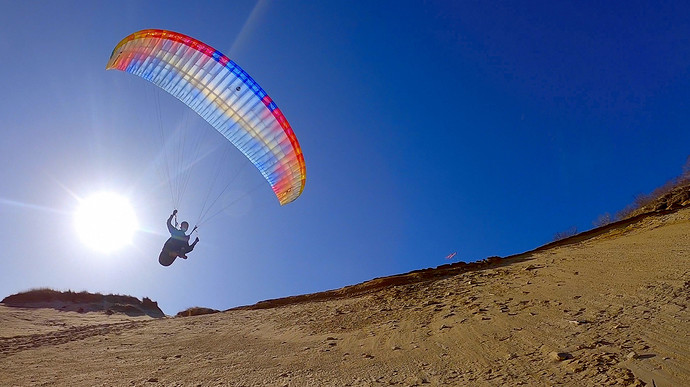 I am a newbie too, and based on my needs and research I got a single skin Dudek V-King that is rated both for free flight and PPG, it simply has different weight range for each mode (and while there are very few reviews, they are all enthusiastic, for both modes, albeit all mention that it is a slow wing). I am still waiting for my SP140 and can’t wait to report more when I get it.