Batch 2 - My first flight after I made the throttle repairs for busting it during a forward launch - the disk at the top of the plunger snagged into a line and snapped the rod inside the potentiometer box. https://www.youtube.com/watch?v=Be3dKjtMtdU

Thank you for sharing
This is my favorite open ppg video now!
So great slomos
Congratulations!

Hi Voltair, In the video I saw you using these two handy battery bags. What brand are they and where can I buy them.

2 Bonkas per bag - 2 bags - each bag is doubled, in other words, I ordered 4 of them from HobbyKing and fit on inside the other for added padding and protection. I also placed another flattened bag between the Bonkas like a firewall. 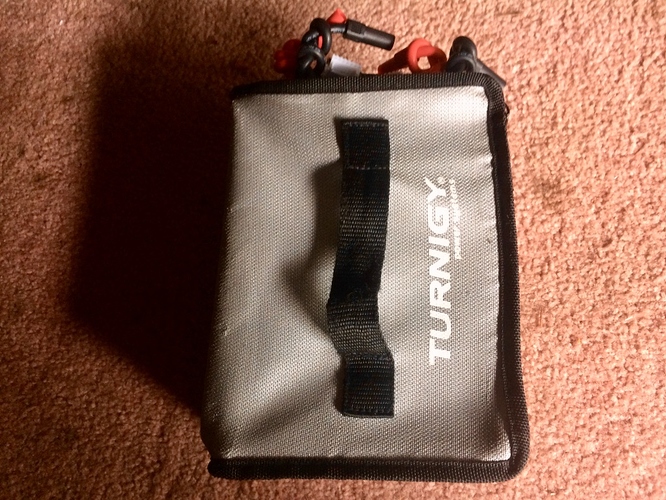 istRB7IrTTSrFK6 iemoCw_thumb_b8b.jpg1024×768 324 KB
It is a super tight fit, I mean really tight😁 There is just enough space for the white plugs to be connected to the charger, but it works.
I added a soft carabiner made of Dyneema (made by SUPAIR) but you can find any similar links on Amazon - I just happened to have a few laying around in my shop. I wrapped a paragliding strap which comes with the majority of the wings. Pulled it tight and that’s all.
I do not use the same battery holding system since the following video was made. They simply are held in place by another paragliding packing strap with velcro at the end to which I added a sleeve to prevent the velcro to stick to itself if I had to release the packs. The end of the release strap has a small loop handle made with a piece of paragliding line which reached my left shoulder and is secured in place by a small velcro strap. Pretty simple system which has been working well so far.

Hi Phil, looks good. I use 4 7s bonka’s. The Turnigy bags will probably be too tight for those.

It is a really tight fit - it the 7S are even slightly bigger, it may not work. It may work witdth-wise because I inserted a small lipo bag as a wall between the two pack sets, and if removed there might be enough space for the 4 packs, the length and thickness may likely be an issue. I am sure if you look around, you could find lipo bags slightly bigger, and then you could stuff small single pack lipo bags around the pack to fill in the gaps.
Phil

the disk at the top of the plunger snagged

Since I’m a relative noob I decided to just unscrew that thumb pad disk. Mostly I’ll be flying with gloves so the small round top won’t be an issue for a 20 min flight. If a line slides up the plunger it won’t wreck my day.