Made myself a remote PPG throttle for my prototype electric egg-beater a few years ago. I frankly didn’t know what I was doing but managed to make it work. I do not have the machine anymore. The brushless motor was from Germany, the frame made titanium from Europe, harness from France.
There no flying in the video.
Phil 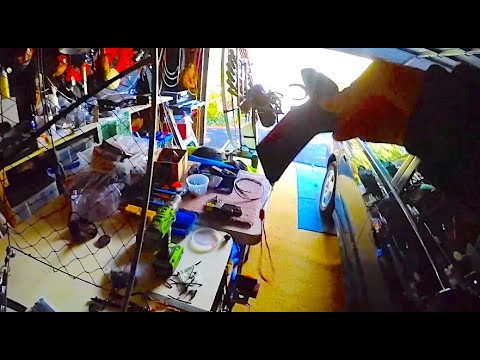 It worked but I was afraid that somehow, other frequencies would jam the signal in flight and freaked me out😁.

I’ve had the x4 controller cable fail on me, after replacing with a shielded cable had no more random power failures. So cable system is no better as it’s prone to interferences. I’d almost trust a remote system more. Bluetooth perhaps. I use Bluetooth in aircraft to survey cameras without issue. Aviation headsets use Bluetooth without problems.

You sound like you know what you are doing. I do not trust myself😆

In some other systems, there are wireless controllers available, which are even safety approved (meaning no interference I assume), e.g. E-GLIDER - electric powered paragliding. Maybe openppg will get one in the future?

I actually was using another home made on in the mid 90’s with a gas motor but the servo was really slow acceleration/deceleration. We didn’t have the technology we have today. But it worked! I could warm up my motor while sitting inside my car😆

Main thing is for the power to go to zero if it ever looses connection.

On aircraft if your throttle cable breaks there’s a spring on the air intake that goes to full open so you have full power and can fly to an airport then shut it off once you can glide in for landing. But with openppg there’s no way to disconnect battery in flight so would not want it to do this.

It always is at the back of my mine - not being able to shut the motor off at full power with the SP. One could keep on doing a strong looping 360 until the BMS shuts off the battery. Could take a while and many spins but better than going ballistic to the heavens especially if there is air traffic around. Then you would have to be ready to control the ensuing surge when the hard cutt-off happens😄
Yes an easily accessible fat switch somewhere would be more than welcome!

Could you use a disconnect like the xp140 has? Mount it close to battery and put a cable on it to a handle you could pull to kill the power?

The plugs are very tight and would not separate.

I mean you need to install a physical disconnect switch (1/4 turn disconnect) like the x4 has. The positive cable would go through the switch. And have the cable/handle drilled through one side of the switch so when you pull it it’ll disconnect power. I may do this with mine when it comes.

Regarding the technical status 2023: Remote throttle grips are now fully mature and reliable in many sports. Even in the toughest competitions for professionals.

As an example, in E-Foil speed competitions, neither the manufacturers nor the drivers would want one to hit the water in front of thousands of spectators, often at over 40 km/h, just because the technology failed. Likewise with electric skateboard races of the professionals.

The nice thing about it is that we hobby users can buy all this technology plug and play. or parts of it and can then rebuild accordingly. I myself use the Maytech Trottle for my e-foils as an example. When flying eppg I would not use a remote control myself. I prefer a system with a cable here.

However, there are some eppg manufacturers, for example from Italy and France, who are currently also flying their eppg with maytech remote. the picture shows an e-foil board in operation. 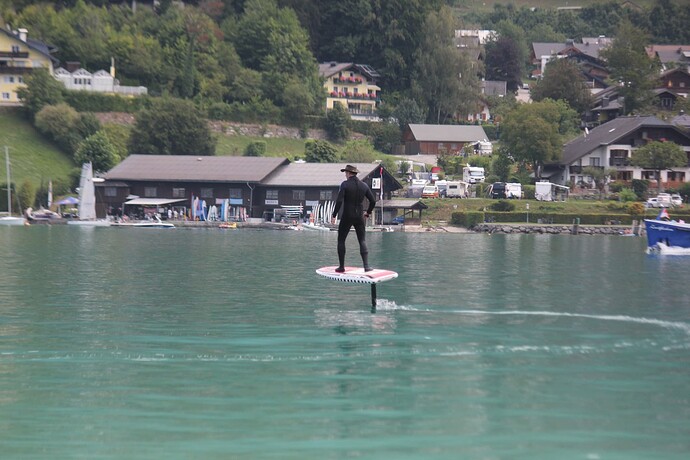 as an addition: with the 2.4 ghz technology you can place the receiver anywhere, even on the esc or between the power cables, under the motor it doesn’t matter. there is no interference with these few meters of radio connection.

Safety note: if the remote trottle works via a hall sensor, care must be taken when the brake handles are fixed to the carrying strap with magnets. otherwise it can happen that a ghost hand gives power independently…

I actually was using another home made on in the mid 90’s with a gas motor but the servo was really slow acceleration/deceleration. We didn’t have the technology we have today. But it worked! I could warm up my motor while sitting inside my car😆

yes, the idea with the servo is good! Then, later after you, in the early 2000s, there was a German who built himself an autopilot using a barometer system. here, too, an rc servo controlled the gas of the top 80 miniplane. so the pilot could always fly at the same height for aerial photographs without having to regulate the motor by hand.