I have have come up with a bunch of random ideas while designing an electric power system for an established paramotor brand, but we are busy enough as is that we won’t be able to do anything with them, so I just wanted to throw them out there. 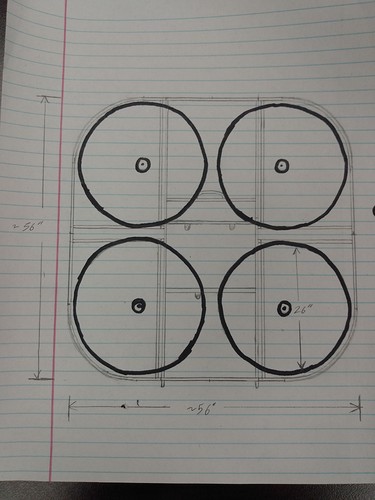 IMG_20210120_085449202~23120×4160 1.77 MB
(Sorry, just a rough and quick sketch)
The entire idea is to get the best of the X4 and SP140. The frame would be about 145cm tall and wide which is about the same as a petrol paramotor but the distance from corner to corner would be pretty big which could be a problem (not actually sure though). My plan was to use the same low cost M10 motor(150kv version) and ESC’s of the X4 which would bring the cost down. Then instead of using 22" props like the X4 you could then swing 26" props which would improve efficiency to nearly the level of sp140. It could then use a 14s19p 4kWh battery made of molicel P42A cells that would hold basically the same energy as the SP140 for the same weight. I also planned a fancy system for the motors to fold in like a DJI mavic for a quick and easy break down, but I won’t go into the details as that would require a flat top frame.

In the end, I believe you could get the weight down to about 75lbs(less than the sp140) and the cost depending on the frame between $5k and $6k for a complete unit that would have zero torque and a ~55 minute endurance. 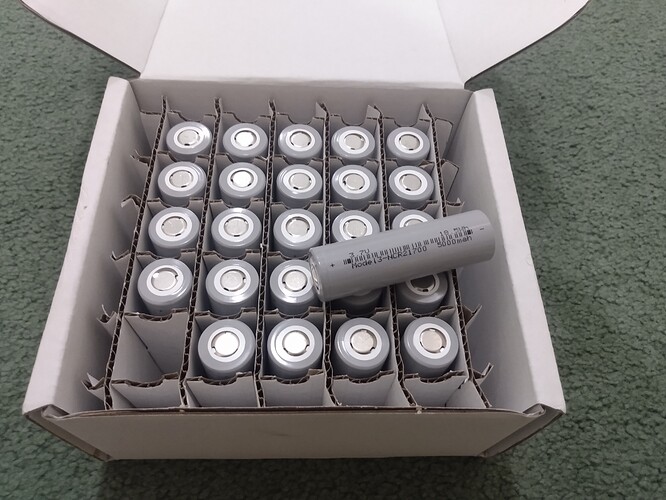 This idea is a bit more simple, but brand new Tesla model 3 cells (21700 format 4800mah) can be bought for about $3 per cell. (They can be found at techdirectclub.com) these cells are some of the best performing high capacity cells on the market and these brand new cells cost about half what other high end cells cost. (These have been my go-to cell for the li-ion batteries that I have been building for search and rescue drones and half my other projects) Anyway, they would be the perfect cell to make a ~10kWh trike battery due to their excellent performance, high capacity, and dirt cheap cost(especially important when building a big trike battery). The only reason that we are not using these cells to build trike batteries ourselves is that Tesla is no longer selling their brand new defective Tesla model 3 battery packs to the company that would disassemble them, test the cells, buff them, spot weld a new tab on the top, and finally wrap them. So basically their remaining supply won’t last too much longer.

i am not an expert. But the CATL employees laugh very loudly when they see cells with such shrink tubing…

We are all happy if you show us this in videos, maybe best with an eppg

I am just finishing up an E-ppg with these cells, so I will be sure to post a video when it is complete.