I have noticed that most E-ppgs tend to run around 2300rpm at the prop compared to the ~3000rpm at the prop of most ICE paramotors. I know this helps with both noise and motor efficiency, but I was curious if their is any efficiency gained or lost from running a higher pitch, “thicker” 3 or 4-blade prop at lower rpm compared to running a “skinnier”, lower pitch 2-blade at higher rpm.

in europe, the highly efficient eppg with 2200-2300 rpm are only operated briefly for start-up. (2300-2400 for heavy trike). in an efficient climb it is around 1900-2000 rpm. in the level around 1500 -1600 rpm. Depending on the trim speed of the wing, 3 blades are usually best with a circular area coverage of around 5.5% and a pitch speed of approx. 55 -6o km / h at full throttle. in the level, the pitch speed is the ideal value for maximum efficiency. petrol ppg have never really been interested in noise reduction or efficiency. with a few exceptions. At the moment, however, a very clear trend can be seen with some manufacturers to limit the speed to a maximum of 2200 rpm and to increase the prop diameter to 140 cm. the first are already flying and are extremely quiet and very efficient. it’s going in the right direction with some. I think it’s very good.

Even most of the ice paramotor engines run a reduction unit. Belt driven or gear to slow the prop down

I also had one more thought on this. Wouldn’t you feel more torque from the lower rpm prop? Torque x rpm = power, so if you decrease rpm then torque must increase to maintain the same power. Then if you spin the prop with more torque, then you will feel more torque. Am I correct on this or missing something?

miro explains it very good in his video.:https://www.youtube.com/watch?v=0DA_Ea5jF7c

a few points that have a very strong effect on the feeling and good behavior of a modern propeller.

little mass because very thin. it has little intrinsic resistance because it is thin at high km / h / rpm. an old helix as a comparison is relatively thick and wide on the outside. drot has a lot of thrust but also resistance at high weight. you can also see it that way.

If a propeller looks similar to the wing of a high-performance sailplane or a modern wind turbine, it will be very efficient.

there are other factors such as the relation to the flight speed and the distribution of thrust over the area of ​​the circle.

But it would also be boring here if I went into too much detail. just like the use of turbulators on the propeller.

basically to stay with the topic: with eppg speeds of 1400-2200 rpm are ideal. why then do ppg speeds so high? explained quite simply. A lot of thrust has to be generated with a relatively small diameter, usually with a 125 or 130 cm propeller.

in addition still with 2 blade propellers because people want cheap and many want to use wooden propellers. many of the propeller manufacturer’s warehouses are well stocked with old models. it’s just a market situation.

efficiency and noise reduction are not important to many, as more cc and more powerful petrol engines make up for it in terms of performance. the noise is irrelevant in many countries. the pilots often know it as “it has to be loud to be strong”.

the electric flight has something very positive because a lot of people are working on efficiency and noise reduction.

There are a lot of coincident factors but I imagine the faster propeller will be more efficient. But with a lot of conditions.

Every airfoil has a performance envelope: http://airfoiltools.com/airfoil/details?airfoil=e1212-il

There’s a critical mach number usually around 0.7 mach which the tip speeds need to stay below. Above that you’ll make more sound than thrust. At any RPM, for maximum efficiency, you’d want the propeller to be sitting in the peak of Cl v Cd curve.

So there’s a cap on the RPM and below that there may be a pitch for the given load which keeps the angle of attack at it’s most efficient point.

A faster propeller will give you a better Reynolds number for a given chord length and the tip vortices should be smaller. Since the tip vortex follows general formula of air resistance, a small change in amount and speed can add up quickly.

after a few years of building propellers for ppg, i am convinced that the theories of airfoils cannot be applied to ppg propellers.

Wings pull relatively straight through the air mass. with the propeller, the air mass is very strongly offset in angle when it arrives. the pressure points shift depending on the partial orbit speed. this results in limits in terms of efficiency.

That is also the reason why some calculation models for propellers never agree with the measured reality. many years ago martin hepperle clearly demonstrated this in his diagrams for ppg.

today it can be made visible even more easily by telemetry of the data. regardless of whether on the thrust test stand with watts per gram of thrust or in flight with watts and climbing power in m / sec.

this is how you can make the difference clear.

since you can’t make the diameter too big for standard pilots with ppg and a 140 cm is a good compromise here, around 2200 are currently ideal for efficiency at maximum power.

“…i am convinced that the theories of airfoils cannot be applied to ppg propellers.”

I’m not surprised to hear that. Most calculations generally assume relatively clean air, so you’re instantly in the hole there as every bit of air sent to a PPG prop is blanked or turbulent. Then there’s also a much larger difference between forward speed and prop speed with the PPG, so it probably spends a lot more time interacting with it’s own wake.

I’m pretty well convinced myself that propeller design overall is mostly voodoo. Check out the design work of Paul Lipps and Jack Norris. The Lipps designed Elippse propellers are very weird compared to traditional designs, it’s a shame he passed away because he had a real shot at revolutionizing GA propeller design.

There’s only one thing that seems to be reliable, especially at the scale of the X4 - unless your propeller design is complete garbage, adding diameter will override all other factors.

yes that from lipps looks interested.thanks for the hint. magcad has a slightly similar design here. unfortunately it does not work well with eppg. it’s too loud.

Check out the design work of Paul Lipps and Jack Norris. The Lipps designed Elippse propellers are very weird compared to traditional designs, it’s a shame he passed away because he had a real shot at revolutionizing GA propeller design.

Bringing propeller edges to a tIp like the lipps design reduces vortices, reduces noise, and increase efficiency. Prop tips that have comparable functions can be seen on many of the latest generation of drone propellers. 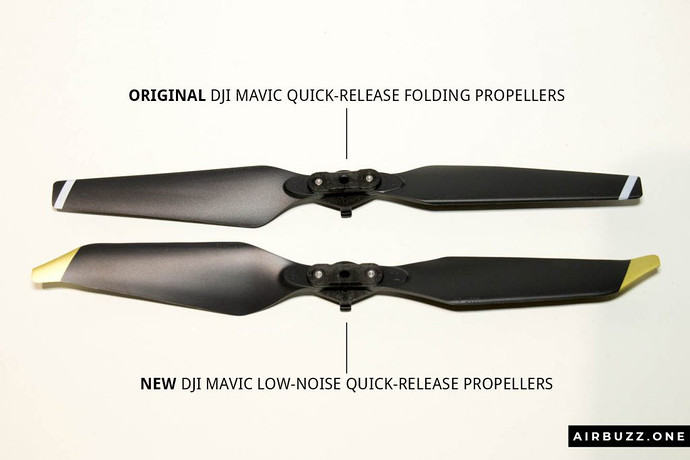 yes, wing wingtips work with small propellers. here the propeller width is a multiple of a ppg propeller. (usually over 8% of the circular area.) with large ppg and drone propellers, a wingtip leads to loud whistling and ugly noise when it is moved at several hundred km / h. Practical tests have shown that supposedly quiet large drone propellers are much louder than standard ppg propellers from eg. e-props. you can see it especially well with tall people copters or military projects. all wingtip have now disappeared again. these companies have spent millions on development and are now most efficient at classic propeller design. even if the wingtip had more style and cool factor …

I wonder if those ‘low noise’ drone prop tips would work on the X4 prop scale / Reynolds numbers.

The tips work best with medium to low top speed propellers ranging from about 8" to 35" and when the air is traveling at less than ~10mph into the propeller in the same direction that the propeller pushes air. This is why they are often used on drones designed to produce static thrust efficiently, but not fixed wing aircraft. The entire purpose of these is to minimize tip vortices and outside any of these parameters the vortices can not be fixed or are not large enough that a tip can help.

As the x4 is pushing the limits of the thrust a 22" prop is capable of giving and it has over 10 mph airspeed, prop tips wouldn’t help.