A few pix of my Batch2. Photos taken by a friend standing at the top of the ridge. I was under power to cross gaps and at zero RPM while close to the cliff into the ridge lift. It is a bit more bumpy closer to the tree line but I am used to it. Not the best resolution pix, sorry about that.
Now, something you have never seen or experiences and will likely never see again or experience yourself hopefully. To make the story short, something happened during takeoff. I had heard a noise but it stopped within a few seconds and I accelerated to max power to liftoff. In retrospect, I remembered finding turning right slightly more difficult (torque), but did not think of it too much during the flight afterward. I actually had a 40+ minutes flight because of the ridge lift. Only after landing did I realized what had happened. So, now, you know,… it is still possible to fly and have fun with 3 motors😂
Take a look at the bottom left side of the cage

And remember that happy me, didn’t know one motor shaft had broken off, the propeller flew away with the shaft, and the lower left tube section of the cage took a hike as well. I found them all after I landed.
Phil 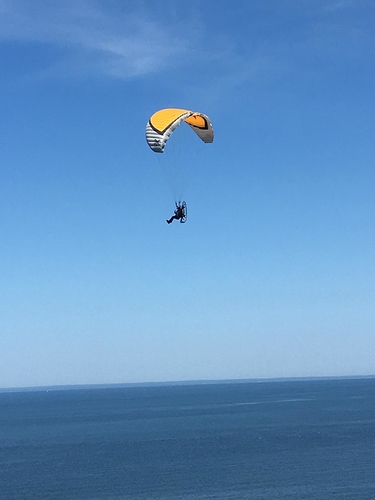 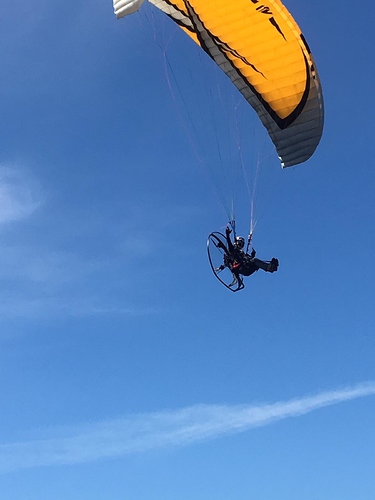 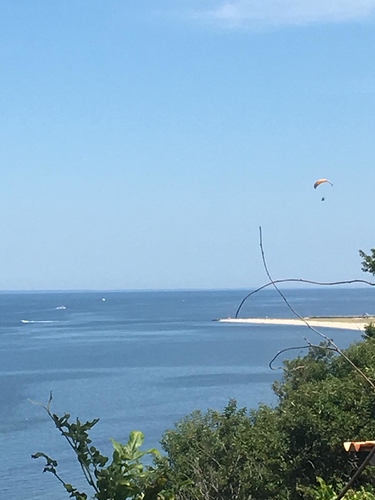 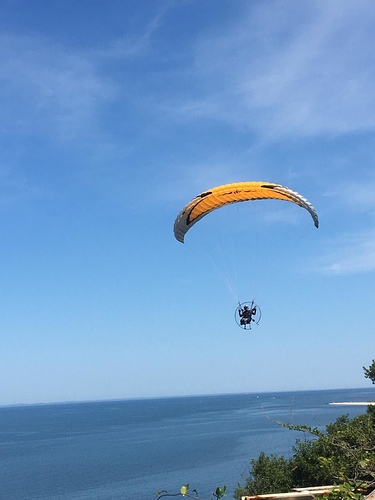 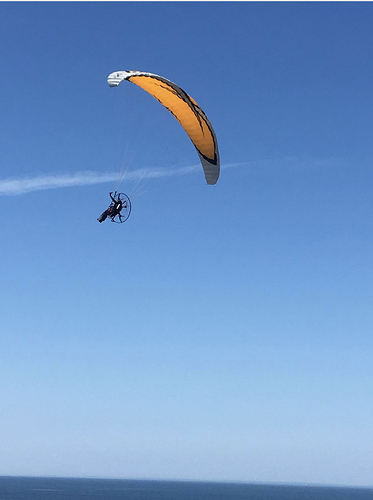 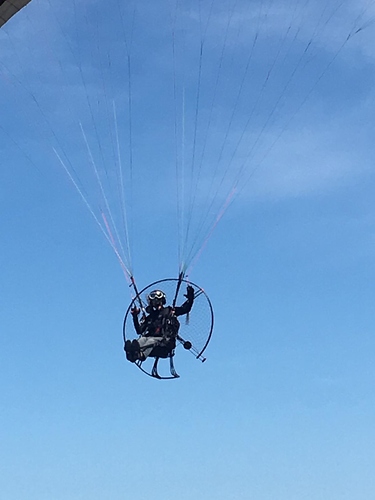 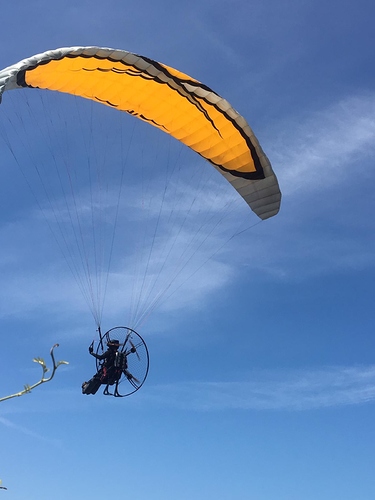 A batch 2 motor shaft broke on me too several months ago. Those shafts must be resonating with any vibrations, causing them to not have infinite life.

In my case, it was because the hoop had been put together and dismantled so many times that the junction points widened and when tightening the net it pulled too much on the hoop tubes. Under the bouncing during the running phase on an chaotic beach, the bottom left hoop took a hike, hit the prop which in turn snapped the shaft. But I still had a great flight😄

Thats why redundancy is great! Glad you were still able to have a good flight down a motor! 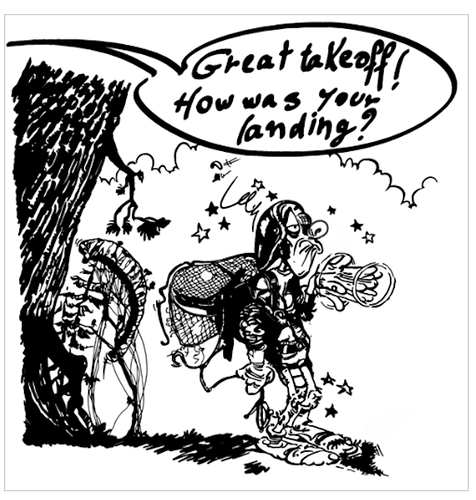 @Voltair, this is James from Long Island. I had a similar thing happen to me down at Robert Moses a few months ago. In my case, the prop hit the netting. I heard a small snap on takeoff but it was too late to abort and I powered through. Everything seemed fine but a few minutes in the flight I heard a louder snap and crack. I lost the bottom left and then the top left propeller.

Root Cause: The bottom left propeller struck the lower left netting - but it was enough to crack the prop which in turn caused to break apart later in the flight, which in turn struck the top right prop.

Breakdown of Problem Areas and Potential Solutions:
The cage and netting on the Batch 4 is suboptimal in a few ways and need a systemic resolution.

I would love to talk to you about this further. Call me or direct message me here if you don’t have my number and let me know when the South winds force you down to Robert Moses or Captree Island for flying.

Hey James, sorry for the late response, I have been swamped with teaching among other things. Because the beaches are open and summer is coming, there is nothing going hon at the south shore, pls COVID is not helping the situation. I now keep the PPG all assembled. It is way more practical to me. Built a new cart which works well to carry it around behind my electric bike. The cage issue is solved wit the system I designed last year. It is not perfect and yes the props are a tad too close to the net but the way I arranged it gives enough clearance for safety. The PPG change between each flight😄
Best. Phil

Do you have a drawing of your idea? I’ve tossed around a few ideas but haven’t come up with anything I really like because they add extra setup time or are hard to build (for example I don’t have a tubing bender).

I think it would be nice if the net and tubing were constructed as 3 panels that quickly attach to the arms. With such a design the net would already be tight on each panel. Similar to other gas motor frames: 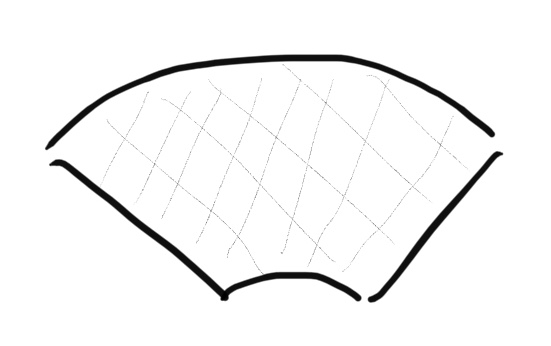 Another idea would be to add another hoop with about a six inch smaller radius. That would add a lot of prop clearance. Not only would it push the net further from the arm but also push it out halfway between each arm where it naturally becomes concave toward the prop (the red arrow is where the net is currently closest to the prop: 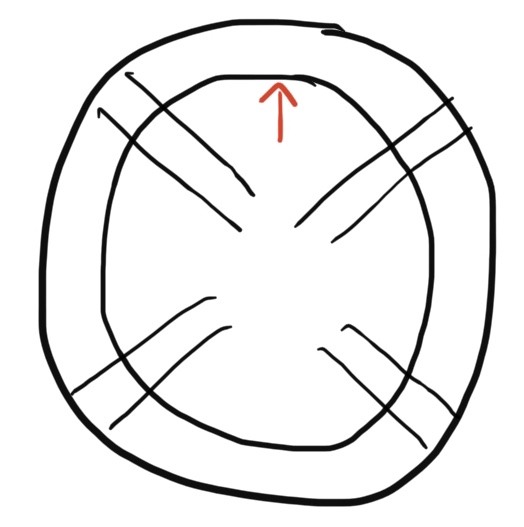 Here is a side view of the arm with the added tube showing its location in front of the arm: 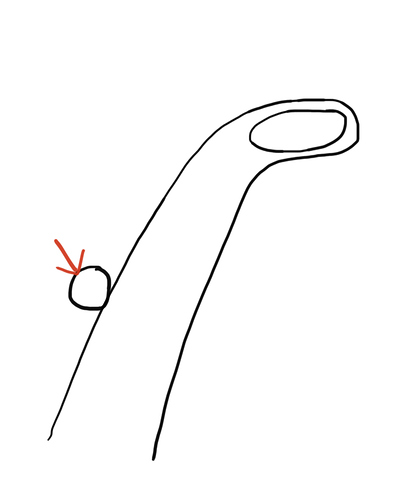 These two ideas could be combined so the panel has the additional tube.

Your second drawing is exactly what I’m building now.

I ordered a replacement hoop set and am just going to use the same radius as the outside (current hoop). No, they will not be precisely concentric, but I’m not worried about that.

I’ve come up with a much easier mounting mechanism. Our arms are two pieces of flat carbon fiber held apart by aluminum standoffs. I’ve design up mounts that use that same bolt (but longer) and create a ‘nub’ on the outside of either arm that the second hoop snaps into.

I’m waiting on the hoop to be delivered to test everything and will upload photos and designs as soon as I have it working and in one piece.

Hey James, the drawings on this page are not mines but “Glider Pilot”. I am not sure if the comments were addressed to him😉 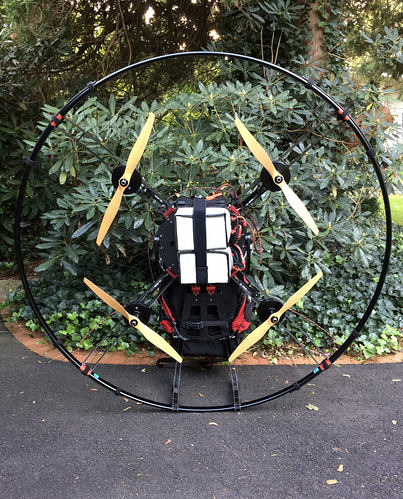 Jeff Goin has been promoting a second “net safety ring” for several years. I have a friend in Huntsville who uses one on his Nitro 200.

Safer machines for the real world. Updated Mar 10, 2020 to add illustration. Yes, they have to be fun, comfortable, light, powerful, look cool and be convenient. The most talented designers will accomplish all that and provide decent...

Here is something similar on eBay:

Safety Ring for a better Paramotor, attaches to most all units easily! | eBay

Attaches to most Paramotor Units. Made of quality 1/2" Aluminum for protection against hand and arms getting close to the propeller.

I have been thinking about adding one on my Tornado since I don’t break it down after every flight.