Next Battery technology for SP140

Loving the SP140, using it for 90% of my flights these days. The biggest drawback in my experience is flight duration. No matter how much I try to be gentle on throttle, I can’t seem to break the 40 min mark without the motor cutting out.

Is there new battery technology that might be available in the near future that could be applied for this application? (Let’s go Elon!)

Better batteries are definitely coming. I’m currently working on a battery pack that could increase the sp140 flight time by over 10 minutes with comparable weight to the 4kWh battery. The only down side is that it would cut the current capacity down to about the same as the feather battery offered by OpenPPG.

I’m also talking with one of the next-gen battery makers. We are working toward prototyping an E-ppg battery capable of over 90 minute flight times while also reducing battery weight within the next few months.

The technology is coming and if things go as I hope, it could be here sooner than later. Solid state and Lithium Sulfur I believe are the technologies to watch out for. I really can’t wait for the day when an electric paramotor can compete with every single aspect of a gas paramotor!

No immediate suggestions but I fly with roughly the same setup (Spyder1 24m) and get at least 50mins and have never had batteries shut me off even though its been low.
I wonder if you have a bad cell that trips the BMS before everything else.

If you dont mind me asking, whats your weight and which prop did you pick?

Weight is just under #200. I have both 2 and 3 prop configurations.

I was on the 2 prop most recently when the battery died. I fly both often. Do you notice a difference in battery duration between props?

How do you check to determine the possibility of a bad cell?

What voltage does the screen say before it cuts off, are you looking down at the screen when flying?

But ya there some stuff coming up but as far as 4680 cells not going to be available for the next 2 years i would say, and they really might not be great in our application anyway we will see.

Are you bringing your motor to Arizona next weekend? I could check and see if you have a bad cell. I have a feeling you might, just like I do.

But ya there some stuff coming up but as far as 4680 cells not going to be available for the next 2 years i would say, and they really might not be great in our application anyway we will see.

Yeah, those won’t be available for a long time. What I want to try is the 18650 cells currently used in the Tesla model S plaid. Those cells are giving peaks of over 28 amps with minimal voltage sag even when almost dead, holding in excess of 15 amps continuous for the entire duration of the battery, give a true 3,500mah, and have an excellent cycle life. Additionally an E-ppg battery pack could be made using these cells that would have over 4.8kWh while maintaining the same weight as the 4kW sp140 battery.

Sounds too good to be true especially for someone who has experience with li-ion batteries like myself, but the cells have proven themselves in the tens of thousands of Tesla Plaids on the road.

Ya its still comes down to availability i haven’t seen any where these cells can be purchased in any decent quantity. Also what was heat looking like in those tests i would expect it to be high at 15a with that chemistry? Please link the test info.

It had just dropped below 80V.

Yeah and the chemistry for the plaid is brand new.

Sadly as the cells are not available, we can’t get any direct test data. All the data I have is from performance figures of the car and all the teams that race the Tesla plaid.

(For reference, the plaid has 7,920 battery cells and a 99kWh capacity)

For example Unplugged Performance stated that they have never had their Tesla Plaid over heat running pikes peak. During those runs they pull almost entirely 700+ kW or are under re-gen the full time.

Tesla has multiple test mules of their prototype production version of the plaid that they have run the Nuremberg until the battery has died and there are many other people who have tracked their plaid. None of them have been able to overheat their battery.

So I don’t have hard numbers, but I know it’s well in excess of 15 amps per cell some of these racing teams are pulling continuously from the stock battery pack, but the plaid does have a very powerful cooling system.

I’m certainly not an expert on this, but I have seen Tesla battery packs for sale on Ebay. Not sure the difference between this and plaid. Would something like this be workable? 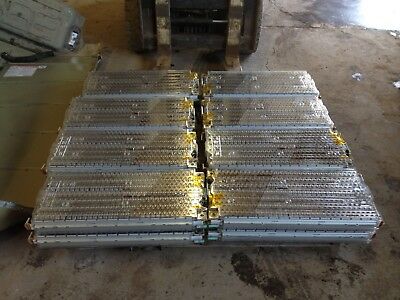 For sale is an Clean good Condition Tesla S 85 1x modules with pigtail and bms and wiring plug if asked for. All listed amp hours, volts, KWh, are Tesla ra tings and will slightly be different depending on actual battery usage and conditions,...

No, they completely switched battery chemistries for the Plaid. The Plaid battery packs are easily capable of over 2x higher continuous power output than what was offered by the previous generation of model S/X batteries.

I really can’t wait for the day when an electric paramotor can compete with every single aspect of a gas paramotor!

Other than range, electric paramotors already outperform those smelly noise makers in every other parameter that matters to us. My guess is a 2X increase in specific energy density would probably convert 50% of the 2 stroke pilots. Any work on a new battery for the X4?

Other than range, electric paramotors already outperform those smelly noise makers in every other parameter that matters to us.

Charge time, charger availability (being able to charge while camping, on a road trip, etc), manufacture/perchase cost, and continuous power output are all additionally aspects where I believe the Gas outperform electric.

Quite right Bob. I stand corrected.
Charging infrastructure is definitely not where fuel delivery is for ICE. Battery swapping might be the future for devices in the <10kwh capacity range. I see this as way less of an issue for aviators than drivers of EVs. Aviators are used to actually planning a trip.

Cost seems to be pretty comparable really. My X4 with batteries and chargers was still less than a Carbon Scout though there are way cheaper paramotors available.

Continuous power is a plus for ICE for sure. Gliding into the LZ at 15% battery and punching for a go around will reveal a nasty surprise for a pilot used to having full power and lightest weight.

I still think a twofold increase in range would be pretty revolutionary for Paramotoring and maybe even other forms or recreational aviation.

I still think a twofold increase in range would be pretty revolutionary for Paramotoring and maybe even other forms or recreational aviation.

I think this better suits the flight demographics of the majority of flyers going out for an hour flight mornings or evenings. XC in my observation is done by very few once in a while. If your a Trike flyer than you more than likely have the capacity to fly with extra batteries now – affordability aside.
Cheers

and don’t forget, as the new EVs become more affordable, they will also include on-board power. Which means you will be able recharge from your car.

I concur. Most of the time I am happy to get a quick flight in morning or evening. Still keeping the ICE for those longer flights.