Here’s my first flight with the new self-built Li-Ion Battery.
This was filmed in Bassano Del Grappa, next to the Garden Relais Hotel, the landing zone for the popular paragliding site in Italy.

We were there for one week of Paragliding (free flight), but I could not resist to bring my new battery and OpenPPG, which was freshly completed right before the trip.

More about the battery is here:

I haven’t been to Bassano for years since I moved to Australia. Great place. Is Klaus still around? Say hello to Luigi B for me too.

So how did the rest of the flight go any overheating problems?

Good one
At 16sec you are just cruising but at 18 19 you hit the after burner and climb up really nice.
Yes more details!!!
Cheers

Is Klaus still around?

Hey Paul, yeah, Bassano is still an absolute Hotspot for Central Europe. I have no idea who Klaus and Luigi B are, though. I am into paragliding only for 2 years, and have been to Bassano since then only 3 times

No, the overheating is definitely gone with the new case and active cooling. The batteries were at 45 C° after 15 minutes of flight.

The flight lasted only 15 minutes, because after cruising around a little, I decided to climb again and hit full throttle - that lead to the famous voltage sag and the current per cell dropped below 2.5 Volt, which is the absolute minimum for the LG HG2 cell. The BMS kicked in and shut off the battery (as per it’s purpose, to protect the cells).

After I landed, the BMS activated the battery again and the ESCs started beeping, the individual cells were at around 3.2-3.5 Volt, so a little over half full
( I am being positive by saying half full, instead of half empty

If I would have continued to cruise at half throttle, the BMS would not have shut off the battery for another while, I am sure!

yeah, I don’t remember if it was intentionally just because I wanted to, or if I was getting too close to the trees…

One thing is that I find the throttle to be too reactive/responsive.
You press a little further down and the response of the motors are immediate.

From descriptions of electrical skateboards or bikes I remember that there are different modes that can be enabled - such as “safe mode” , “advance mode” and “sport mode”

By the way, I took an insta360 One Camera along that flight. I just have to figure out how to edit and upload that footage. stay tuned

yah – an “eco” mode would would be nice – if the controller could ramp the responses that would be nice. I am thinking, from what I have seen from others and playing with mine, at least 20% ramp build would be good - if i explaining that right?

We’ve discussed having a few modes that control the sensitivity and max throttle.
Using OpenPPG with a BMS is another good use case.

I like the way that my OneWheel has different options for the riding style. I imagine we could implement something similar my tweaking sensitivity and max power.

Something I’ve been playing around with are different lightweight ways to implement an adjustable moving average. Right now it looks an EMA (https://www.norwegiancreations.com/2016/08/double-exponential-moving-average-filter-speeding-up-the-ema) or a Ring Buffer (https://github.com/Locoduino/RingBuffer) are two good options to do the adjustable smoothing.

Also since we are reading battery voltage in a similar way as the BMS through the voltage divider it would be fairly simple to add a throttle limiter when voltage dips below a certain threshold.

We are hard at work on the next version(s) of OpenPPG right now but this is certainly a feature I could look into implementing for everyone in the near future.

what are we on now , Delirium?

I like what you do… in reference to your battery I don’t think the solution is the throttle controller.
You have to create a discharge curve graph something akin to this one (this one is for Lipo!)

The operating voltage at the load depends on the current being drawn and the rating of the battery!

You’ll notice that the cell voltage drops immediately on the application of load, hovers around some figure between 3.7V and 3.3V for a long time, and then falls like a rock. 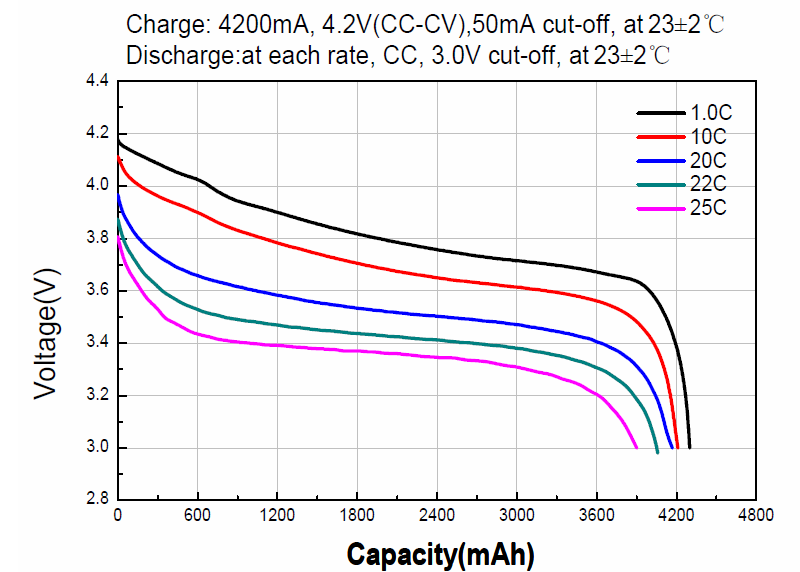 My guess is your battery pack provides 200 Amps continuous current…

Only the continuous “C” spec matters - forget about the “surge” rating, which is meaningless.

To sum it up, as a general rule, try to always use a battery that can provide twice as much current as the motor can draw. While adhering to this principle, two things will always be a fact: under full motor load, the battery will be strained at only 50%, which means less voltage drop!

Another solution would be to connect the BMS to the throttle controller and only allow the throttle to be pressed as far so that the voltage sag does not go below the minimum.

I like this concept… I don’t like the BMS to be in charge of disconnecting power so this concept makes a lot more sense. Not sure what kind of connectivity options there are with your BMS but ideally you would want the throttle tied to the lowest group of cells. If you know how to program I’m sure it can be done.

My son and I are working on a battery monitor/flight computer that will hook to the Bonka balance leads to measure the voltage of the lowest cell. It will notify us when one cell drops below a set threshold at which time we can ease off the throttle and keep flying for a small amount of time. So we will manually control the throttle based on voltage sag.

However, @tarifachris is exactly right about capacity (thanks for the chart by the way). Once you hit a certain voltage the capacity drops like a rock which is why I said that easing off the throttle will only allow you to keep flying for a small amount of time.

My son and I are working on a battery monitor/flight computer that will hook to the Bonka balance leads to measure the voltage of the lowest cell. It will notify us when one cell drops below a set threshold at which time we can ease off the throttle and keep flying for a small amount of time. So we will manually control the throttle based on voltage sag. 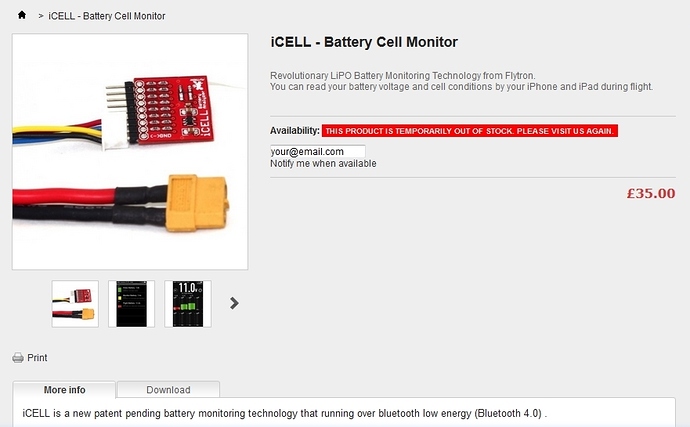 Maybe we have to ask the people from ISDT to modify there Bluetooth app to adopt lowest cell voltage warning, since it can read every cell voltage over Bluetooth… 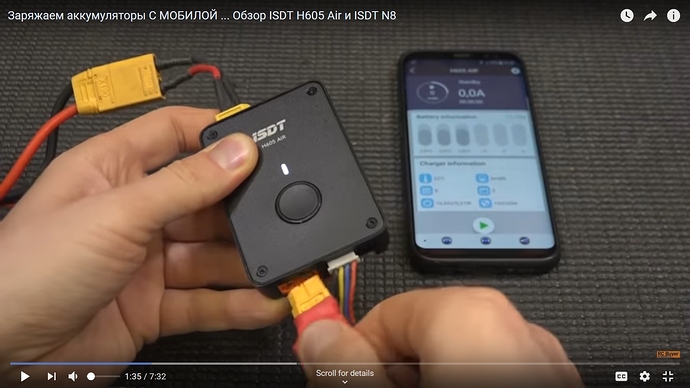 Looking forward to your solution…

Thanks a lot everyone for your feedback, Maybe we should move this discussion to a separate thread, such as “controller / BMS connection” ,

but in the meantime I am posting a second video, which is part 2 from that flight, taken with an onboard Insta360 One Camera, which unfortunately has some stitching/calibration issue, please excuse the quality:

Great video! Can you explain/ post some pics of how you mounted your battery?

Hi Etienne, the guy you met in Bassano was me, sorry für my delayed answer.

It was a pleasure for me to see (and hear) an openppg-flight in real. You 're doing a great job. Despite electric-flying i think the noise of the propeller is not to underestimate. New designs of propellers based on bionic principles (e.g. propeller has loop ends with no end part, based on the pinions of bird wings) will certainly provide low-noise emission in the future. Keep on working …

propeller has loop ends with no end part

Article
30% less noise emission , and tested as a ship propeller it raises the thrust performance by around 19% . 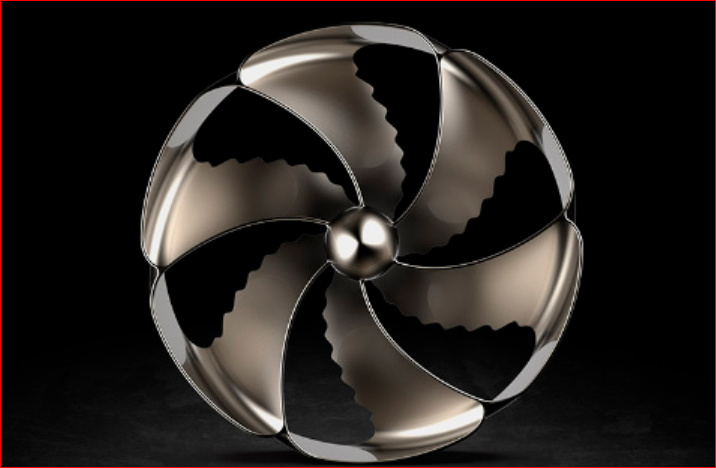