I broke both connectors on the Throttle PCB and dislodged and lost the R5 resistor.

I may repair it, not sure - some lifted track.

Does anyone know the value of the R5 resistor or access to the circuit diagram?

I am trying to purchase a replacement but have had no reply yet?

Hi Zach
thanks for the info.

I do wish to purchase a new throttle controller. Do you have them in stock?
How do I go about it?

They will be back in stock in a few weeks.
You can get just the controller here 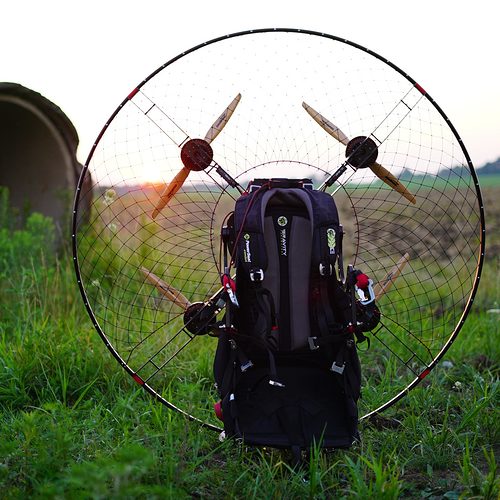 Specially designed throttle controller for OpenPPG 22 paramotor. Connects to the frame PCB to control the motors and monitor flight time and battery voltage and more via the built in OLED display.

cheers Zach, thanks for the prompt reply - throttle ordered.

my throttle controller arrived with some little extras - nice.
All installed and working fine.

This time I protected the throttle cable with some PVC wire wrap - 4mm. A bit easier than opening up the throttle, putting on a cable sleeve and re anchoring the cable inside the throttle.

I broke my controller, hub and the voltage converter.
Are the schematics and layout available somewhere? I would like to debug the electronics to see what exactly broke down in order to not to do it again.

And, does anyone know how much current should the hub and the controller take?

What do you mean exactly by how much current they will take?
It’s mostly for powering itself. What are you trying to power?

Then I connected the hub PCB with throttle controller connected to it (but not the ESCs) to a power source and measured the current that it takes. It took way over an ampere total

Then I connected the hub PCB alone (i.e. nothing else connected to it) to power source and measured the current that it takes. It took 220mA at 5 volts. Green led was blinking and red power led was on, so it seemed to be alive. But the current seems a lot to me so I am wondering how much it usually should take. It may be broken as well.

And finally I measured the throttle controller PCB resistance between 5V and GND, and it was practically shortcutted. I measured throughout the board, and both the MCU and the motor driver circuit was shortcutted. I removed them and it seems to have fixed the shortcut problem. So now I am wondering if only that throttle PCB was broken or if the hub board is also broken.

And also I am trying to find replacement components to the throttle PCB, but it seems that the MCU is very difficult to get. The lead times are 82 weeks. Don’t know what to do with that.

It does sound like the controller was fried from over-voltage and is now shorting out.

Here are the links to the X4 hub and controller PCBs

Hopefully thats helpful with your debugging.
And yes we are also having difficulty sourcing components and have needed to redesign some of the newer SP140 controller PCBs due to shortages. eBay may be your best bet for small quantities of parts