I made a really stupid mistake and left my batteries connected to the chargers while I was away for a month and not flying.

They were safely at storage voltage, 3.85v/cell. I have four dual channel chargers and the chargers were plugged into a power bar that was switched off so I knew there was no way they could be charging.

I knew one of the chargers was flaky but it did not occur to me that it could discharge a battery even though the charger itself was not powered up. The switch was on but the charger was plugged into a power bar that was switched off. The power was off. So when I get home, that battery is showing 0.5v on all cells. The other seven batteries are fine. Sigh - $250CDN goof. Arrggghhh

After being disconnected for a day the battery has recovered a volt per cell or so. 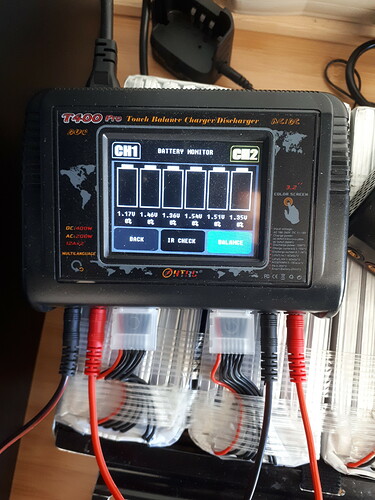 Recommendations for good chargers? I have a pair of htrc T240 duo which have been solid but very slow. I have a pair of these T400 pro which are faster but one channel of each is now untrustworthy.

I have the T240 & T400 too…I don’t trust them, so, I am always there when they are plugged in. Let me know if you find something better.

The charging setup on the SP140 is Great! …so much easier, but I really like to fly my X4 too.

I’ve been using a couple of the thunder power chargers for years now, this one does four batteries and is ac/dc.
I have an older dual port which is no longer available but can charge up to 8s and 20 amps total which is nice for faster charging of my RC lipos. 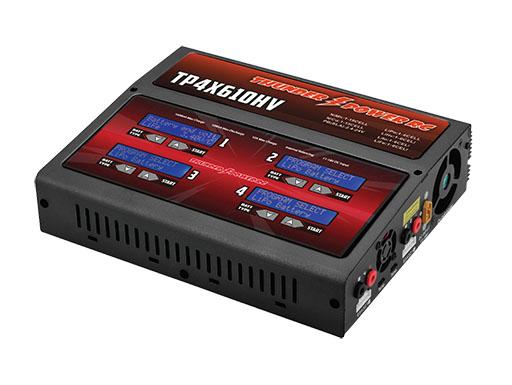 I also use this power supply setup for the dual port charger since it’s DC only and capable of taking 26v.

I recently left two of my lipos plugged overnight into ISDT chargers, not plugged into wall but just the isdt chargers. I found them in the morning flickering the screens and found it drained cell 4 on each battery. Not to the extent of damage, balancing brought them back up.

4 Bonka - 2 Polaron - no problems after two years of service - 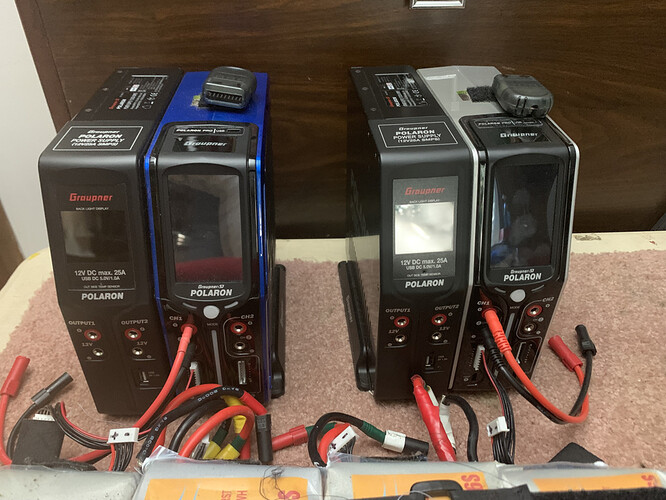