I named my machine the VOLTAIR and put together a small video of it in flight. I hope you will enjoy it. I used a custom modified harness from SUPAIR, and the comfort level was 100%. 2 Bonkas and fit everything in a PG bag. Walked an 1/8 mile to the beach site from my car with my school wing in a stuff-sac - the hike was not bad. Sea level, wind speed about 2 MPH, close to 90º ambient temperature, high humidity.
1 / I found that my PLUSMAX open face helmet which had a small plastic tab at the back to keep the goggle strap in place was catching the net after looking up at my wing so, I broke it off before launching and put it in my pocket before recycling it for Tuesday’s recycling pickup

Actually you will see my head bobbing at minute 1:40 and when I realized my shell was getting caught on something.
2 / I headed for the LZ when the display was floating between 42/45V under power. I never was more than a few seconds at the time under full throttle.
3 / After landing: the Bonkas wires were cold, the ESC were cold, the motors were just about cold, the Lipos were hot but not swollen. One of the reasons that may have contributed to a heat excess probably was because I had them tightly encased inside two fireproof lipo bags (one inside the other) and zipped. I had to try.
4 / A knot and small piece of the netting came undone - easy fix.
I will work my way up to various wing types

Nice video! Thanks for sharing!

I will try to stay with two Bonkas because I really only want to catch ridge or thermal lift. More powered air time would be nice to have but I am trying to limit the overall weight. Hopefully battery technology will improve quickly enough

I like the frame locks you made too. I think I found a solution to keep the cage hoop which looks kinda wonky, straight, but I will need a couple parts from Paul - waiting to hear from him. I will keep you posted.
Phil

Great video, thanks for posting! While you may not have been at full throttle, it looked like most of the clips that showed the throttle had it depressed like 80-90%, is that accurate? That’s kind of where I’m finding my “cruise” throttle. Curious to know what others are experiencing

Yeah, my plan was to ridge soar with only two batteries as well. However, I can ridge soar pretty good with four batteries but I really wish I didn’t have to. Aside from a change in battery technology the only options I can think of are higher volts so we can reduce amps or higher C rating.

Thanks for the compliments on my latches… you should make some. I think Paul should adopt the idea because they work really well and would be cheaper to manufacture.

Keep us posted on your idea to keep the cage hoop straight.

Cage hoop: I am waiting for Paul to get back to me to know if he has what I need to make the fix. Will let you know.

Heat: I was wondering if there could be a way to keep Bonka cooler with a lightweight cooling system that would not require electricity (mini icebox or ice pack

More like around 60/70% but it will depends on where you fly (ASL), the ambient air temps of the day, the type of wing, where you stand between the recommended Min/Max factory recommended weight limits, etc…

Any attempts to cool the pack would cool the outer 2 cells the most while the inner cells would still overheat. What would really be nice would be to have a gap between each cell with a good airflow going through it. 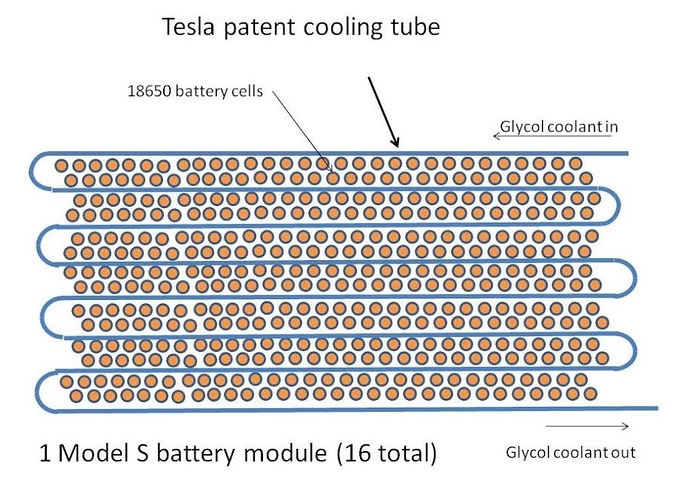 Did your shortening of the Bonka +/- wires make a difference?

I was thinking something similar with the liquid cooling but that would double the weight and require a radiator to cool the liquid. Just find us a new battery chemistry, ok?!

Yes, the shortened wires helped a lot with heat but those were 10 AWG wires. The main reason I did that was to keep the wires out of the props. I have another set of batteries with 8 AWG wires and I will shorten them as well just as a method of keeping the wires organized nicely. What AWG do your Bonka’s have?

Thanks for the feed:) Paul will be shipping what I need to hopefully have a cage hoop fix. Will let you know.

Thanks. Will try to make more of them. Keeping an eye on the weather;-)

@Voltair what’s been your personal experience regarding flight times so far?

Have you tested the thrust level?

I did not push it because I did not know what to expect really. I was nervous before launching, not so much about the integrity of the machine itself or my abilities to fly but rather the darn lipos - I hate them with their lousy reputation, but I can’t wait to do it again. The SUPAIR harness with the foot-rest was super comfortable (size M). Flight time without going nuts was about 15+ minutes. I could have kept going a few more minutes at cruising speed at sea level. I only used full power during takeoff and when too low and had to fly over obstacles before lowering the RPM and find a comfortable zone.

Please contact me at info@supair-usa.com This forum is not about flying sites, sorry;-)

Can you do a thrust test, I wonder how much thrust these 4 motors produce. Nice vid

Sorry Kurt, I can not. Maybe someone else on the forum could. I think Paul talked about it in one of his videos - did not give an exact numbers but you could ask him.