Imagine the same motor but electric

If we could have the same size PPG, weight (40lbs) with a decent flight duration but electric, it would be a real Paraglider booster

Early Paramotor Days in the US. - YouTube
I plugged over 400 hours on this thing from Japan at the time - 27" prop. The company that designed it in Tokyo, was the inventor of the Karaoke. It closed its PPG branch because the market was not there. It was too early in time and the activity was not yet known as it is today.
It was a direct drive Early Paramotor Days in the US. - YouTube I had built a similar machine at the time 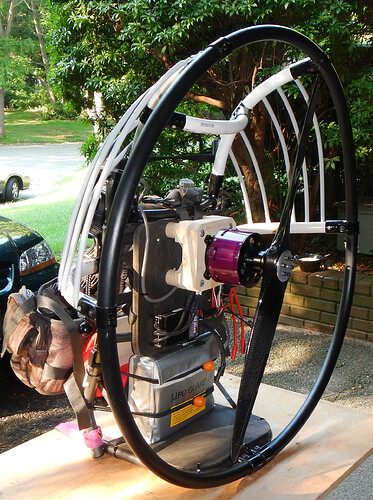 I want one like that! What was it called?

I named it the Piccolo. It was an add on to the regular PG harness - I was wearing it like a backpack. Similar to this gas one I had designed. The idea was to help during transitions and not takeoff from the ground. Without the PG harness, the whole thing weighed around 19lbs. dry. Note that it had a speed-bar, a foot-rest, a 18 to 19" semi density dorsal foam protection, side zipping pockets, and a dorsal reserve parachute with the handle places right or left, and last the connection to the risers were the same as on a paraglider without side bars because there was no frame). The whole unit could be removed from the PG harness in 30 seconds and was held in place with four 2" wide industrial Velcro straps. 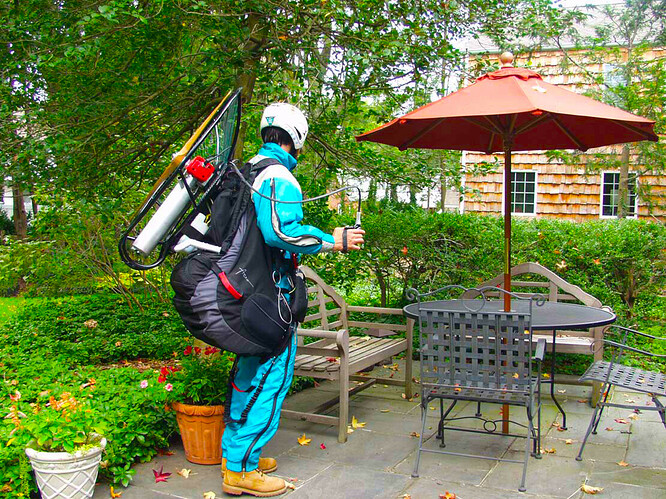 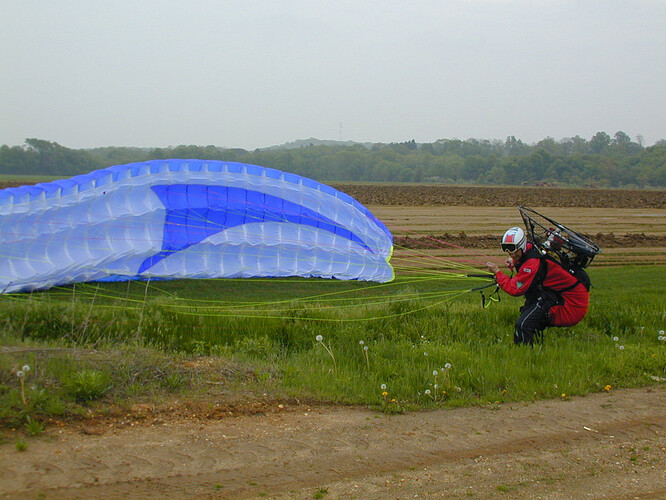 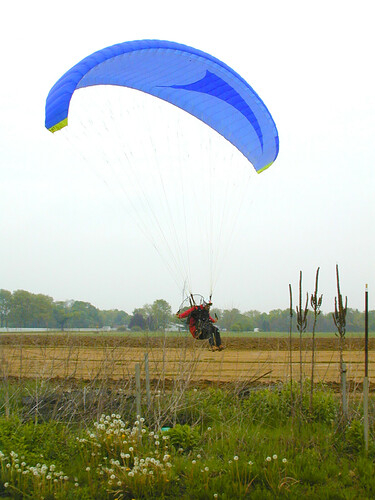 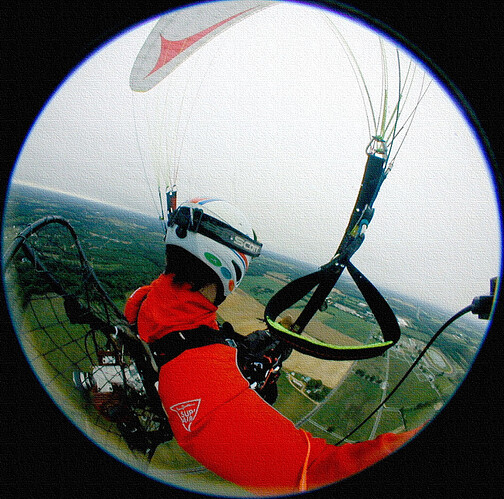 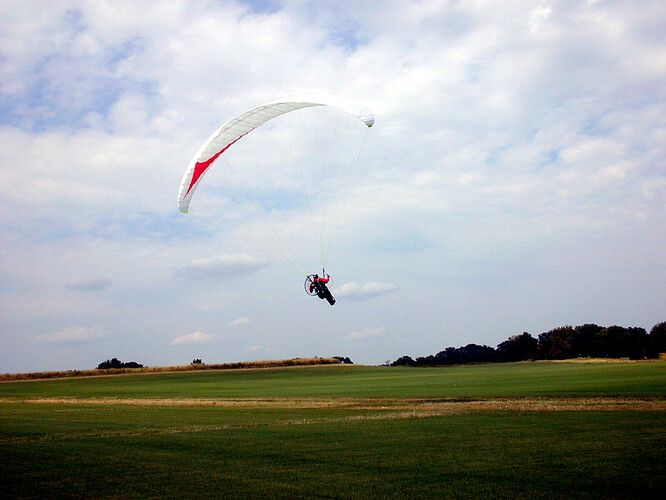 Phils18lbsBug1600×1200 337 KB
The secret was the weight of the machine. We new we couldn’t go over 22/23lbs or the center of thrust would have been pointing at the seagulls.
None of those three machines had a frame. The power plants were attached directly to the harness. We could actually takeoff from the ground with those if the pilot was lightweight but again, they worked fine with heavier pilots after taking off from an elevation to sustain lift. 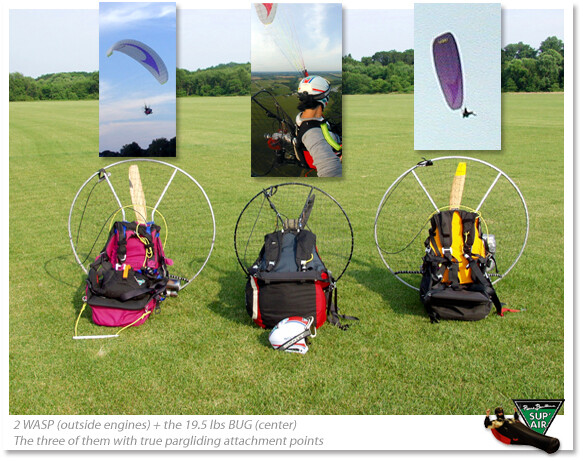 Thank you Phil. They were beautiful! If I could find one similar somewhere, I would buy it. I believe there would be a market for those even being gas powered. I already have a spare harness and wing ready to be used in this application. Do you know where I could buy one?

They do not exist anymore. They were all prototypes and never for sale. I was just having fun making them and flying them. I built about 7 or 8 different ones, all within the max 22/23lbs maximum weight. I actually approached two PPG manufacturers at the time at the Coupe Icare in the french Alps but they thought I was nuts - heavy and powerful gas units was already the norm and the direction everyone was taking. One machine had a Japanese Zeenoa engine and the PPG without fuel weighed 82lbs.
Copupe Icare 2021 in a few days Home, Coupe Icare 2021

You were ahead of your time Phil, but I think the time has arrived. Many baby boomers like myself would benefit from the low weight small units like you built. I started off wanting to paramotor but decided to learn paragliding first; that was six years ago. Even flown at St. Hilaire and stayed about 50 yards from the launch there. Some day I will go back and be there for the Coupe Icare. Been looking for a paramotor like you built but have not come across any. Some day when the battery technology reaches the point we have all been waiting for, your design will be a big hit. Thanks for sharing.